The article here on the La Voz de ALmería has some photos of the filming of the Almodóvar short western in the province. See the Spanish article for more photos.

Read more: First photos of the Almodóvar short western being filmed in Almería

The article here on the La Voz de Almería site has details of the recent reduction in temperature in the province of Almería.

It was much cooler playing golf today. Thank goodness.

Read More for a Google translation

Read more: Hip hip hip hurray - the temperature is dropping in the province of Almeria

The article here from the Diario de Almería has the details of the filming. Note: the article was published yesterday.

Sadly, the miracle did not occur.

The odds were against us before we started. It was made worse by the fact that we had not sold Sadiq. So we could not register some new signings and a contract renewal.

This left us playing a 5 man defence including 4 centre halves. With Chumi having to play as a right back. He did a pretty good job under great pressure. However I feel that either Pozo or Mendes on the right of the defence would probably have made us more balanced. Real Madrid did most of their attacking down their left. With their first goal coming from good play down that side.

Ramazani gave us an early lead. With a good run and finish following a perfect through ball from midfield. Sadiq then almost made it 2-0 soon afterwards. With a shot from long range that just went over the bar.

After that most of the time it was us hanging on.

They got back to 1-1 after around 60 minutes. They then scored a winner in the last 10 minutes or so.

We had a couple of late chances to level it up. We did not take them.

Overall it was a fair result. Hopefully we can do better next game.

The article here on the Euro Weekly News site says that Almería airport recorded a temperature of 42.0 degrees C yesterday. The highest ever recorded.

Today is the day that I will see my first ever La Liga match live. UD Almería at home to Real Madrid at 22:00 tonight.

This season we had to register a number of players who played regularly in the first team but were down as B team players. To reduce the wage bill for Financial Fair Play reasons last season.

The bad news is that, as yet, Almería has not registered 5 players who have been transferred to us. Including Pozo (right back, right wing back or right winger) who was on loan to us last season. He had a compulsory purchase clause in the case of us being promoted. Plus Pacheco (keeper) , Mendes (right back), Baptistao (right winger or centre forward) and Milovanovic (centre forward).

There are 2 players registered with us that we are hoping to sell soon, Sadiq (centre forward) and Ramazani (right wing). They have not played in all of the pre-season games. To avoid them getting an injury that might stop them being sold. With these two the manager has said he will be allowed to select them for tonight. I hope they do not get injured.

So we will be playing Real Madrid with an incomplete squad of players. This makes for a difficult start to our season.

The article here on the as.com site summarises the situation about our player registrations. The only update to this story from two days ago is that yesterday we registered Dyego. A 32 year old centre forward who was on loan to us last season. For most of last season he seemed only able to play about half of a match at a time. He did a pretty good job for us last season.

You can see the list of player registrations (including a number of recent ones for Barcelona) here on the La Liga site.

Read More for a Google translation of the as.com article from 2 days ago.

Read more: Today is the day for me...... La Liga football is back up and running again

Just a quick warning that Monday 15 August 2022 is a bank holiday in Andalucía. So watch out for some businesses being closed on Monday. 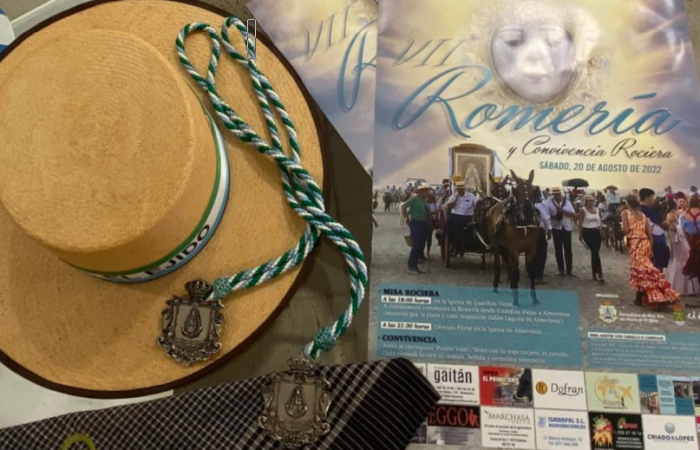 The article here on the ALmería 360 site has details of the pilgimage from Guardias Viejas to Almerimar that is taking place on Saturday 20 August 2022.