Shelters from the Civil War.

The article here on the La Voz de Almería site is the tenth in the series.

Almeria stories about the landscape (X): Inhabiting the subsoil

When life becomes difficult on the earth's surface, there is always the possibility of inhabiting the subsoil. In a place as beautiful, but as ungrateful and dangerous as Almería, the relationship with the subsoil unravels a script of small episodes that make up a great story. This story allows us to draw a link between events that, due to the way our knowledge is organized, usually appear in isolation, thus losing their ability to explain themselves and to move us with their meaning.

The first great civilizing revolution of our species is the passage from the Palaeolithic to the Neolithic; the transition from nomadism, based on itinerant consumption, to sedentary lifestyle, based on production. In the transit between the two models, shelters and natural caves eventually fulfill the role of shelter and protection against the elements. In this momentary confinement, which supposes the suspension of life in motion, an introspection arises that is expressed in inscriptions on the walls of caves and shelters. Much of the province belongs to the area of ​​Levantine rock art (of the Mediterranean Arc, according to UNESCO terminology), with spectacular manifestations in the Velez region, such as the Ambrosio Cave or the Cueva de los Letreros, which cover the sequence of variants of Paleolithic, Levantine and schematic art. These shelters and natural caves respond to the frequent presence of limestone packages in the different lithological complexes of the province (especially in the Alpujárride in most of the province and in the Maláguide in the northern part).

Both in the hillside habitat and in the first colonizations of the sedimentary area, the opportunity arises to excavate caves that serve as stable accommodation. The province is full of these manifestations, which often represent the origin of population centers that will grow over time. A typology very typical of the southeast, and, of course, very Almeria. Houses with one part built and the other excavated, the cave houses, remain in the toponymy as a reminder of that pioneering adventure: Cuevas del Almanzora, Cuevas de los Medinas, Cuevas de los Úbedas ... 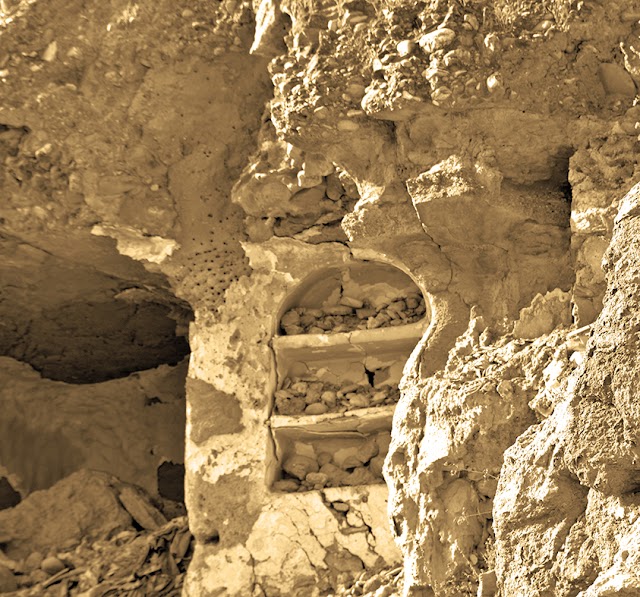 Remains of a demolished cave-house

Metals on the slopes

The exploitation of metallic minerals since prehistoric times is a spectacular manifestation of this penetration into the subsoil. Throughout the "mining century", the province as a whole devoted itself to these activities, in economic cycles that are activating the mining reserves of the entire province: lead in Gádor, silver in Almagrera, iron in Serón, Bacares , Beires and Sierra Alhamilla, gold in Rodalquilar. The struggle with the bowels of the earth has been part of Almeria's DNA ever since, and is at the base of one of the stellar moments in our recent economic history. 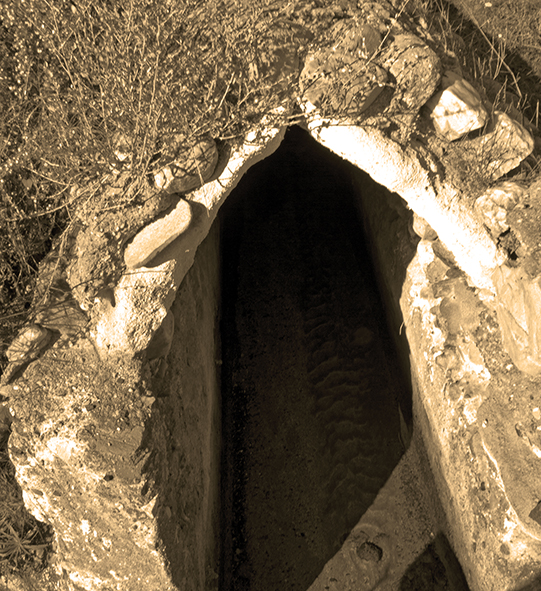 The water stored in the subsoil is exploited using different techniques: mines, falsework, and qanats share the logic of drilling with classical mining; Wells and norias are a pioneering manifestation of what would later be deep soundings, triggers of agricultural exploitation that profoundly transformed the forms of cultivation and the demographic, social and economic structure of the province. 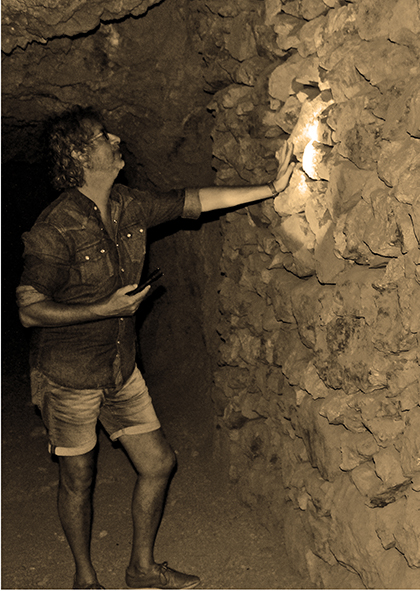 Balate miner in a mine in Rodalquilar

In tragic circumstances, the Civil War shelters were excavated in the capital and in other towns in the province. Such an undertaking could hardly have been undertaken without a deep knowledge of mining techniques and an availability of labor and professional skills accumulated over centuries of mining underground. In this way, the Civil War Shelters represent an additional manifestation of the intense relationship of the people of Almería with the subsoil.

Rooting and identification with the land are frequently and thoroughly invoked as conditions of socio-cultural development. It should be remembered in this regard that Almeria's identity is forged in a penetrating and non-metaphorical relationship with the land.

Next week, in Virado a Jibia, we will explore the “possibility of an island”.