This is the rolling coronavirus story for Tuesday 6 October 2020.

The curve falls: no deaths from covid and triple the number of cured than new cases

The epidemiological curve in the province of Almería has experienced a steep decline today that brings good news and hope again after two previous days in which there were four deaths from the disease.

With only 66 new positives after the so-called 'weekend effect' and without any patient died from coronavirus, the province today celebrates good data that has been reinforced by the number of recovered, which in the last 24 hours, According to the daily update of data from the Andalusian Ministry of Health in the Institute of Statistics, it has tripled the new infected, with 184 people from Almería who have defeated the disease.

This improvement in the figures is not transferred to the movements in the current hospital load that exist in the three hospitals in the province, since there are four more patients who have needed to be admitted in the last 24 hours and one in the Care Unit Intensive due to his serious condition. Thus, there are currently 38 hospitalized and 13 in the ICU, one more than yesterday.

What is known, on the other hand, are the municipalities that today have been affected by the coronavirus and that have once again left El Ejido, with 16 cases, and Almería, with nine, as the most damaged. These are followed by Roquetas de Mar, with eight positives today; seven detected in Adra; five in the municipality of Vera and three in Níjar.

As usual, see the tables in the Spanish article.

Tables and charts based on the Almería 360 data 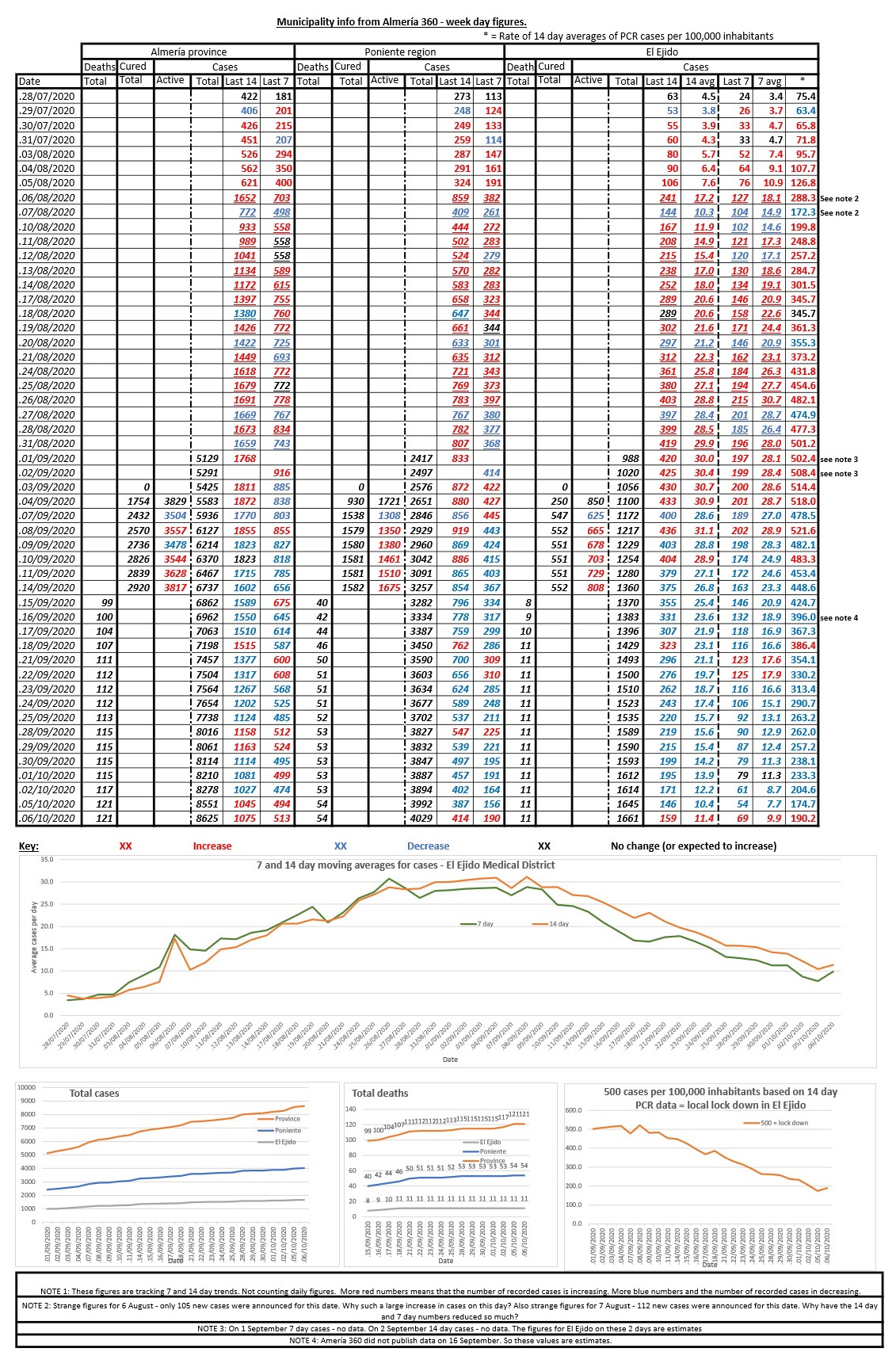