This is the rolling coronavirus story for Tuesday 13 October 2020.

Latest stats for the province - note data for yesterday is missing!

Today's data have not been updated "due to technical problems," say from Health

El Puente del Pilar has said goodbye in the province, leaving behind 259 positives detected since those notified last Friday, which has led Almería today to exceed 9,000 positives diagnosed of covid by both PCR and serological tests since the month of March (9,091).

The latest update of the data published in the Andalusian Institute of Statistics and Cartography, which had been delayed one more day after prolonging the weekend with the Monday public holiday and which does not have the positives detected yesterday due to "a technical problem" , leaves almost thirty municipalities in Almería affected by the covid since the last data publication.

In this way, the most affected municipalities have once again been those of the Poniente health district, where 121 new infected have been reported, the vast majority of them in El Ejido, with 51 since Friday. The ejido municipality is followed by Roquetas de Mar, with 25 more cases; Adra, with 19; Berja and Vícar have nine each in the Puente del Pilar; the towns of Balanegra and Dalías, for their part, have reported three positives, and two in La Mojonera.

In second place, the Levante-Alto Almanzora health district has notified 74 new positives, which have been widely distributed in almost twenty municipalities, with special incidence in Huércal-Overa and Vera, with 15 and 12 more, respectively.

For its part, Pulpí has ​​identified nine positives since Friday; seven in Cuevas del Almanzora; the municipality of Albox has reported six; five have occurred in Los Gallardos and Garrucha; three in the municipality of Vélez-Rubio; two both in Vélez-Blanco, as in Chirivel, Mojácar, Turre and Zurgena, and one in Fines and Macael.

As for the district of Almería, 65 of the 259 infections reported by Health correspond to it, 57 of them in the capital of Almería; four in Huércal de Almería; three in Nijar and one in Pechina.

Finally, it should be noted that the Ministry of Health and families has reduced by 38 the positives detected among patients who are not registered in the province, which had 166 positive PCRs this Friday and today it is only 128, a decrease of 38 positives .

As usual, see the tables in the Spanish document. 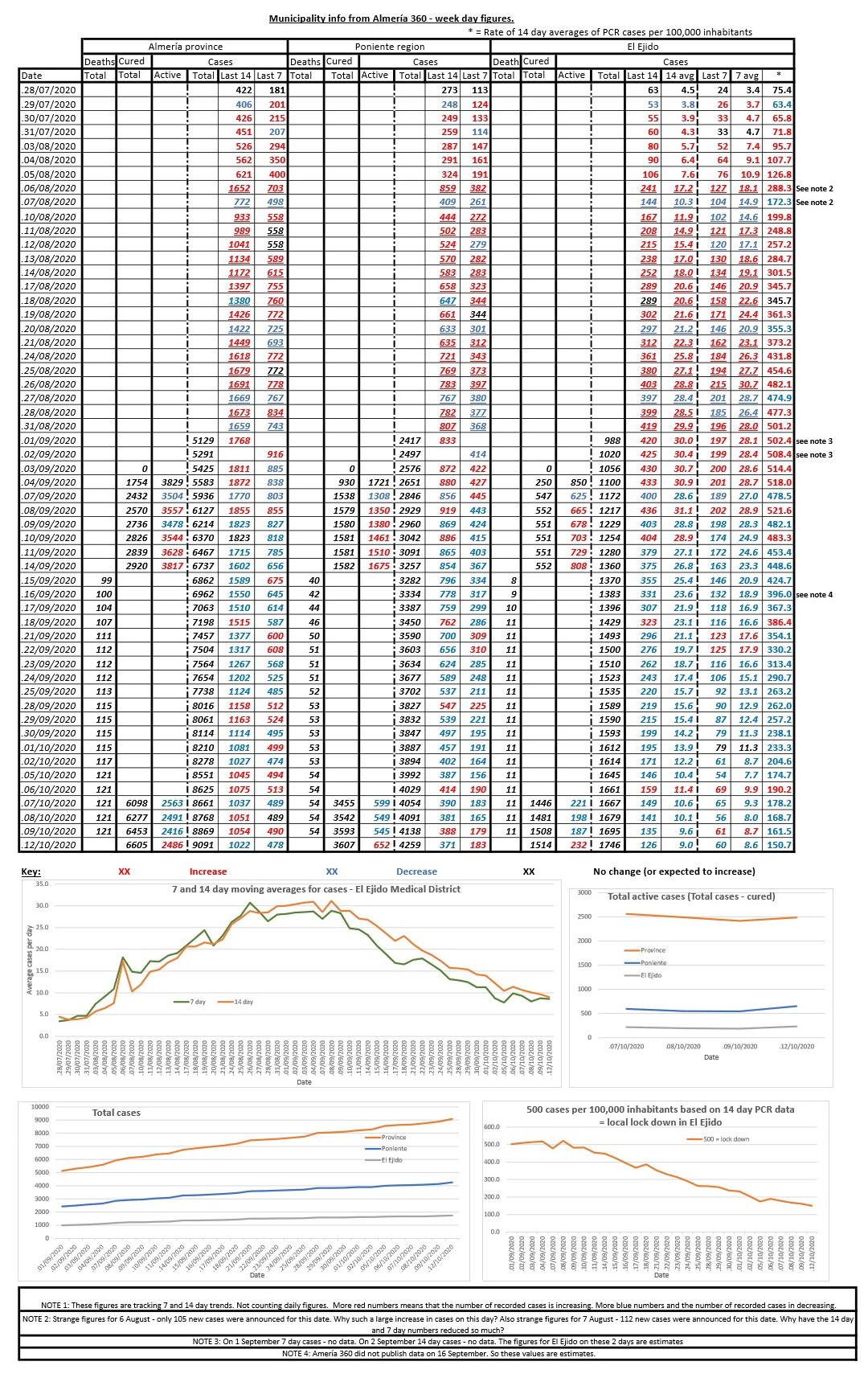