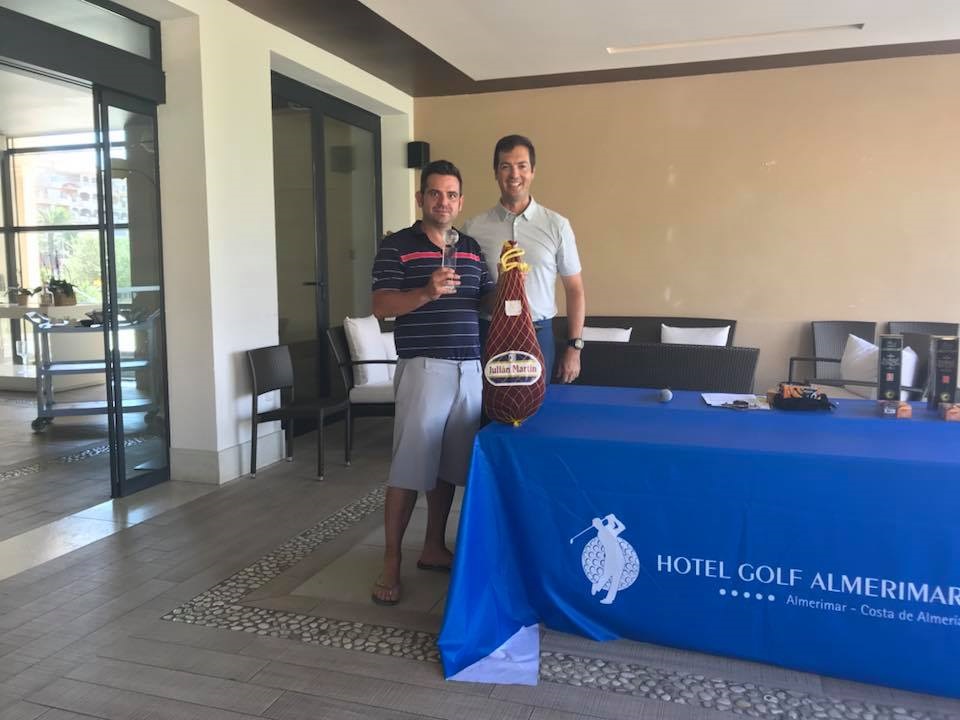 Yesterday there was a competition at Almerimar to celebrate the re-opening of the Master 3 (Classic) course with new greens. Congratulations to the overall winner Benjamin and all of the other winners.

Jacqui and I did not play in the competition as we had already entered another competition taking place on the same day at Playa Serena. So we cannot say what the new greens were like yesterday. However, previously Juan had given me permission to putt on green 4 on the course which is just under the bridge from the Master (1 & 2) 14th green.

When I tried it the green was faster than the ones on the Master (1 & 2) course. With the biggest difference being that the ball did not stop quickly as it was slowing down. However the greens were still a bit bouncy at that time. Speaking to Juan a while ago he said that the greens are still a little new and should continue to improve over the coming months.

I also understand that full details about what is going to happen with the Master (1 & 2) greens in 2019 should be officially released to people towards the end of this year.